Some Magnolias I've been making...

I had these images coloured for awhile, and when I cleaned my desk I put them all in a clear SU storage box that I had laying around - I didn't realize I had so many! I can colour for hours though, so I'm not surprised!!!!

This one uses paper & ribbon from my scrap bin - thanks for the inspiration Donelda!!!! The sentiment is from Simon Says Stamp set called With Deepest Sympathy - very nice set!!!

Nerdy Edwin - LOL - but dang he is adorable!!!! I used scraps for this card too - even the circles are ones I had punched out before and never used!!! I put crystal effects on his glasses too!

This one is for Janet's colour challenge over on Magnolia-licious next week - they will have to use Rose Red, Regal Rose, Old Olive and So Saffron. After I took this picture I added stickles to the cupcake! The cupcake and sentiment are from a Hero Arts set called Cupcakes - I got that at Simon Says too!!!! THEY HAVE EVERYTHING!!!!!!!

Ballerina Tilda fits SO nicely with the sentiment from Simon Says Stamp set called DANCE. The ballerina slippers are from that set too. The set covers ballet, tap and jazz - very versatile set - but I love, love,love this sentiment!!!!

And I saved the WORST for last - I HATE this card dudes!!! I don't even know why I'm posting it....LOL unless you can give me pointers on what to add - or just "chuck it"!!! tee hee!
Thanks for looking! Don't forget to enter my blog candy!!!!! See THIS POST!!!

The rules for this challenge are - Go to where you store your photos on your computer. Go to the SIXTH folder and pick the SIXTH photo. Post that photo on your blog along with a SHORT story about it. Tag SIX people and leave a comment on their blog or email them letting them know you chose them. Here is the sixth picture that was in my sixth folder:

This picture was taken on one of our camping trips this past summer. I had made tin foil dinners like we used to make in Girl Guides! Ham, potatoes, asparagus and corn in a tin foil pouch and cook it on the fire....yummmm!! This was Tim's satisfied look!!! LOL

Here is who I am tagging:)
Tracy
Glenda
Allie
Marcia
Deb
Kerry
Posted by Chris (catt871) at 5:35 PM 4 comments:

Ok Donelda - you're right!! Poor ol' Tux doesn't get much attention on here does he? Brick gets lots of "air" time but Tux doesn't!!! Here are a few pictures of Tux. He is about 11 or 12 and he is diabetic. We discovered he had Feline Diabetes almost 2 years ago when he was pulling his hair out and stealing and eating all of our bread. OY! He is on 2 units of insulin twice daily & is doing really well!! He still pulls out his hair but that I think is a neurosis that is undiagnosable...LOL!!!! His "fructosamine" levels are all right where they should be so that is great!!! They do "fructosamine" tests on animals rather than blood tests because apparently when they do blood tests, it stresses them out, and their blood sugar rises. So it is not an accurate testing device. He is a character that is for sure...he loves to "TALK"!!! Not so cute at 4 am!!!!

This is Tim and Tux cuddling on the bed. This is a ritual every Sat. and Sun. morning. Brick is usually at the end of the bed panting because he is jealous!!!

Hard to tell, but this is Tux sitting in my lunch bag! It was taken with a camera phone so it's not really clear but it was cute!

Tuxaroni-Macaroni Head (one of his many nicknames!) This is one of the rare photos of him with his eyes open. I think it was because I turned off the flash!! HE is just like me, always closing my eyes for photos!!! LOL
So there ya have it, our other furry baby! Thanks for looking!!!

a couple random cards I made

This first one is for my niece who loves Pandas. I have NO idea who made the stamp because I have been unmounting all of mine & didn't write down the company. WHOOPS!!!! She loves purple too, so I used the purple and green together. I think it turned out pretty good!!

This one is made with a Digital image from SQUIGGLEFLY - isn't she adorable!!!! And that fibre reminds me of a feather boa I used to play dress up with when I was a kid!!!

I've been playing around with Simon Says Stamp exclusive set called Dog and Cat are Best of Friends, and am loving it!! Since I have a dog and a cat, it is perfect!! I can't wait to use it on my scrapbook pages too!!!

I made 2 of these cards - one to send to Heidi at Simon, and one to give to Tim from Brick for peeing on the floor all the time!!! LOL I popped out the doghouse and stuck the dog inside so it looked like he was peeking out.
This card is also for a CASE a Sister challenge I am running with my SBS4 girls - I can't say WHO I have CASEd because they have to try to figure it out!!!! Good luck girls!!!

This card turned out too bright in the picture but it looks ok in real life. I was just playing around with a sketch and liked the bright colours!!! 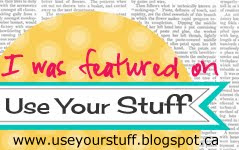 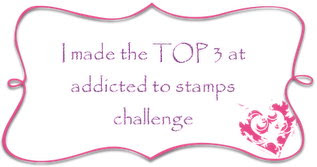 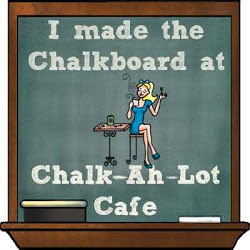 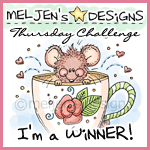 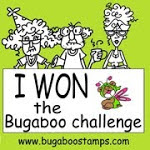 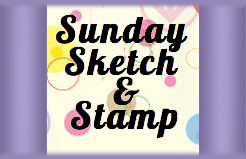